Culture. Well, what other word would I be talking about? Tut TUT. Anyway, if you’ve been on social media recently (or Buzzfeed in particular), you can’t seem to scroll far without coming across the word. It seems that every time a song, music video, or fashion photography is released, it comes into play. All this talk of culture and appropriation got me thinking, what actually is culture? Well, let’s ask boy George, shall we? 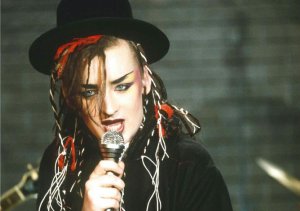 Culture is: “the ideas, customs, and social behaviour of a particular people or society.”

These “people” include races, religions, nationalities and ages – just because two people are from the same place, doesn’t necessarily mean they’ll have the same culture. A Parisien Islamic pensioner and Parisien Catholic teenager will obviously have cultural differences (duh).

So, culture includes what we do, think, eat, wear and how we act and behave. But where does it end? Is burning other nationalities’ flags “culture”? What about shooting people? Colonisation? Fast food? Not saying thanks to the bus driver? (Eugh, imagine) Is this “culture”?

How big do these “people, groups and societies” have to be for their behaviour to qualify as “culture”? Can any behaviour done by these groups by classified as culture?

A group of a certain race, religion, nationality and who support a certain soccer team shout sectarian and racist songs and abuse at matches (hypothetically of course, this would never happen). This is a group which share views and attitudes, and this is a social behaviour after all, so does that make it culture?

People seem all too quick to excuse a behaviour by saying it’s their culture. It eliminates their responsibility and shifts the blame. It’s not them choosing to act that way, it’s out of their control – it’s instilled in them, it’s how they were raised. Headers.

We need to stop using “culture” as a justification. Not only does this skew what people think is “okay”, it also undermines actual culture. If anything can be classified as a cultural behaviour, then it loses its definition. We lose the ability to distinguish and tell the difference between what we should deem unacceptable and acceptable.

As well as this, a group of people behaving a certain way and branding it “culture” creates a stigma and association attached the wider group they’re a part of. This results in stereotypes of nations, races and religions, having them branded and labeled as a whole. Spoiler alert: not all Irish people are alcoholics and drunks, despite what films repeatedly portray. Very badly, and usually with a Scottish accent, might I add (@ Gerard Butler- you brought our country shame).

Anyway, recently there seems to a rise in people defending and wanting to “protect” their culture. Even if said culture involves discrimination or abusive behaviour. So, why the desire now more than ever to retain it?

Well, we live in a world where cultures seem to be blending into one – shoutout to multinational corporations !! No matter where you are in the world, you can most likely eat the same things and buy the same brands. Globalisation means that sadly, small and local firms are being put out of business by the big dogs.

Don’t get me wrong, these companies allow us to pay less for products, order food despite not speaking the language, and make things more accessible. But what don’t they do? Pay tax, yes. But offer a sense of “home”. They offer it to visitors, but not natives of the country. Nothing screams ‘traditional’ like a Bershka or H&M. That’s the real reason I go on holiday. 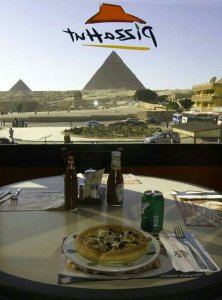 You can go abroad, walk down the city’s main street, and feel like you’re home. Same shops, same language (shoutout to English speaking countries for apparently being the only ones not to learn another language !!) and thanks to global warming, the same weather. How FAB.

In a time where everything’s blurring to become more similar, of course it’s important to preserve traditions and culture (ones that don’t harm others, just to clarify). Things that make us unique, things you can’t get or do just anywhere. But first, we have to stop using it as a scapegoat for acting like eejits.