Before we get into anything, I’m gonna have to ask you to pop your wee tin foil hat on for me there, cheers. *Cue X Files theme tune*

Right, I don’t know if I just never really noticed or wasn’t aware of them, but have you noticed that conspiracy theories have become really popular recently? There’s documentaries, forums, websites and a LOT of YouTube videos about them.

You have your standard “Bush did 9/11”, “the Kennedy’s had Marilyn Monroe killed”, “the royals had Diana killed” ones which have been around for years – although I don’t know if they count as conspiracy theories if they’re true ¿

But nowadays, for every incident that happens in the world, there seems to be an “alternative theory” to explain it -and put the blame on powerful people, departments and organisations. Basically, “When all else fails, blame the government”. Not that they would ever, EVER do such scandalous things. Pffft.

Side note: does the big bang theory count as a conspiracy theory to creationists?

Now, for all you non-believers, prepare to have your world SHOOK with some of my personal favourite conspiracy theories explanations. Disclaimer: I’m not saying these are true, just saying they’re possible OKAY? So save your eye rolls and judgements and just play along for me. Cheers.

1. The earth could be flat – I know, I know, TYPICAL MILLENNIAL what are we LIKE. Of course the earth isn’t flat, a big floating ball in the sky makes a lot more sense. Seriously though, maybe it’s spherical, maybe it’s flat. Yes there’s “evidence” that it isn’t, like photos from very reliable sources like NASA. Who also share reports following Santa’s journey on Christmas Eve. Just saying.

– I’m not saying it’s actually flat don’t worry, I’m just saying we only know it’s a sphere because we’ve been told it’s one. How do you know that everything you’ve ever seen or been told about isn’t actually 100% dead on?  Think about it. T h i n k  a b o u t  i t .

If you’re still reading and haven’t given up on me based off that first one, another good wee one is:

2. The lottery is fake. No one actually wins the jackpot. People get paid a large amount (but still smaller than the jackpot) to go public and say that they won. Quick knock on the door, “Wanna make half a mill? All you’ve to do is go on TV saying you won 3 million” job. I’d do it, HINT HINT. Someone gets a nice wee paycheque and the lottery people save like 2.5 million. Win, win. And those mysterious people who win and don’t want to reveal their identities, maybe that’s because they don’t exist? Dun dun.

3. Modern art is a front for international money laundering. This one’s a pretty run of the mill, can’t really question it kind of one. Ever wonder why people pay millions for a squiggly line on a canvas? All those mad paintings that are just splodges and cost a bomb? Basically, art collectors (criminals, cartels, other rich people who make their fortune illegally) buy paintings (transfer illicit money) off dealers (to whoever they’re paying). Payments go under the radar and unnoticed; the only attention they receive is “Who in the right mind paid money for that?” There’s a more complicated explanation here.

Anyway, clearly I do love a good wee conspiracy theory as much as the next person (but not enough to watch videos and all on them like), but that’s it – why do we love them?

Are we just cynical? To be fair, we’ve been lied to about so much before that we’re bound to have some trust issues like. “Watching TV makes your eyes go square”, “Eating crusts makes your hair go curly”, and let’s not forget the whole Santa situation. We don’t know what or who to believe anymore, so we just take everything with a pinch of salt – and honestly like, can you blame us?

Maybe we’re just being contrary. Maybe we’re all big attention seekers who want to be different and go against the grain. A wee bit of non-conforming, “You can’t tell me what to think or believe, I’ll decide for myself” carry on.

Or maybe, it’s because we love to make the baddies badder. We don’t like certain groups or organisations and they’ve already done a hell of a lot of damage to the world, so what’s the harm in another lil cover up to add to their impressive collection? Standard anti-corporation, “stick it to the man” kinda vibes.

Now, don’t get me wrong, I do think that sometimes, SOMETIMES when something happens, it actually does just happen. But I think it’s good to consider the alternatives. I think we should question what we’re told and figure out for ourselves what we really believe.

The thing is, we’ll never know. No one can ever prove whether or not the story we’re told, or our own mad conspiracy theory version is actually the right one. The government can’t exactly be like “no lads here’s proof that Neil Armstrong actually did walk on the moon” (which he didn’t, by the way) because everyone will just be like “OK great ANOTHER lie, when will it end??” And trigger a conspiracy-theory-style catch 22 situation.

Plus, it’s more interesting to come up with alien-related explanations anyway, what else would we do during lectures?

Fake news. We’ve all seen it. It’s all over Facebook, Twitter and other online platforms. It’s become a lot more common recently, and a lot weirder. It’s basically when people just make up stories for no real reason. Like when 12 year old boys talk about how they fought an 18 year old felon and broke his arm, or a wee girl with a ‘mysterious’ rockstar boyfriend that no one has ever seen. People just lie.

Sometimes, it’s pretty obvious when it’s fake news, like “Nigerian President Died and Replaced by Clone”. Yes, that is an actual example, like come on. But, sometimes it’s hard to tell whether it is fake or not. Do you ever wonder why all of those promised new McDonald’s McFlurry flavours never got released? Why you never saw that 80 litre tank of Strongbow Dark Fruits in your local Tesco for a tenner? Okay, that one should’ve been obvious.

Now not all ‘fake news’ is the same. There’s clickbait (the old “Doctors HATE Her” articles about how to lose 18 lbs in 3 seconds; propaganda (90% of Brexit’s Leave campaign lol); parody/satire (basically sounds like it could be true but is really just someone having a laugh) then there’s bad journalism and misleading headlines. They all pretty much just make people believe lies for various reasons; some want you to try a new £30 meal replacement, download a app, sway your political views, or just change your opinion on something. Nothing screams ‘great political party’ like one that has to lie and alienate the public into thinking that it’s better, does it? 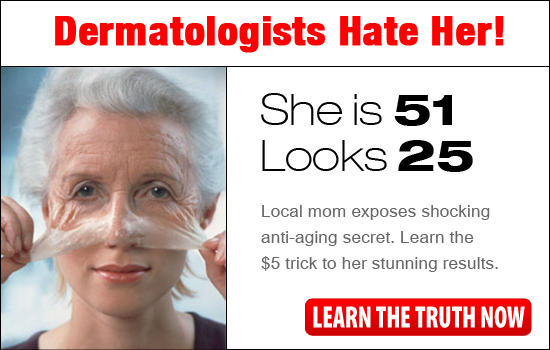 Of course, we’ve all seen fake news designed to make celebrities look bad, like The Sun claiming Noel Edmonds was moving to New Zealand because he refused to give them an interview. I know, it makes no sense to me either, as if moving country is the ultimate revenge. But what’s caught my attention a lot recently, is fake news that’s designed to cause negative views and opinions at certain groups or about certain issues. Here’s some examples I’ve seen on my Facebook newsfeed:

“Feminists call for babies to be changed to ‘theybies'”

Why would feminists campaign for equal pay, an end to FGM, child and forced marriages, rape and abuse when there’s a Santa at stake? Who cares about rights when there’s a fat man in a red suit to be had?

Why would members of the transgender community want equal treatment and less discrimination and abuse when they could have James Bond? Let’s put all that aside for a buff man in a tight suit.

These stories, although fake, are harmful. They are targeted at already controversial groups in society, who face backlash on a daily basis: feminists, transgender people, the LGBTQ+ community, Muslims – even vegans are victims of this. These stories are designed to make people roll their eyes and complain about these groups. They’re meant to give these groups bad reputations and keep them and the issues they fight for a taboo.

Some people brand all Muslims as ‘terrorists’ because of the actions of Islamic extremists like ISIS. They face so much discrimination and sectarianism already, they don’t to have another FAKE ‘reason’ to have people treat them unfairly.

Feminists fight for the equal treatment and rights of females across the world. But how can they campaign for change for serious issues like rape, when their FAKE association with Santa is grabbing the headlines? How can they encourage people to get behind them and support their work when no one’s taking them seriously and people think that they’re just “being awkward”?

Fake news is more than a few computer hackers having a laugh and pulling a prank on the general public. It’s more than ‘satire’ and sarcasm. These fake stories are malicious. They’re giving close-minded people ammunition and supposed “reasons” to hate others and what they stand for.

So who’s writing these stories? Sure, it’s individuals with a lot of time on their hands. But it’s also established sites and Facebook pages. We all know that you can’t trust everything you read online and you shouldn’t always take things at face value, but the fact is that there’s always going to be people who do believe it. These “news” stories may be a “joke”, but it’s not funny if it leads to further discrimination and exclusion against a group and their beliefs.

So yes, be careful what you read and what you believe. Before judging a group based off a UniLAD post, do some research and see what they’re actually about. Then by all means, judge away. Don’t share fake news stories. It’s literally the online version of spreading vicious rumours. It may seem funny and like a joke to you, but it’s actually causing harm to others.